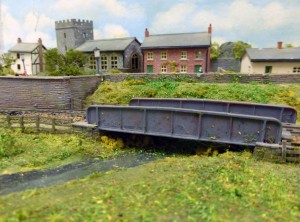 Bolden is a (fictional) through station on a single track GWR branch line, with another branch line joining.

The layout was built by Donald Dunton as a home layout. When he died it was offered to us on the understanding that we would show it at exhibitions, retaining most of what he had built.

It was originally a permanent layout round 3 walls of a room, and needed changes to be suitable for exhibitions. We have built legs and carrying cases for it, widened the angle at which the side boards join the main boards to improve the view, and changed the right hand board so the line joins the line through the station. 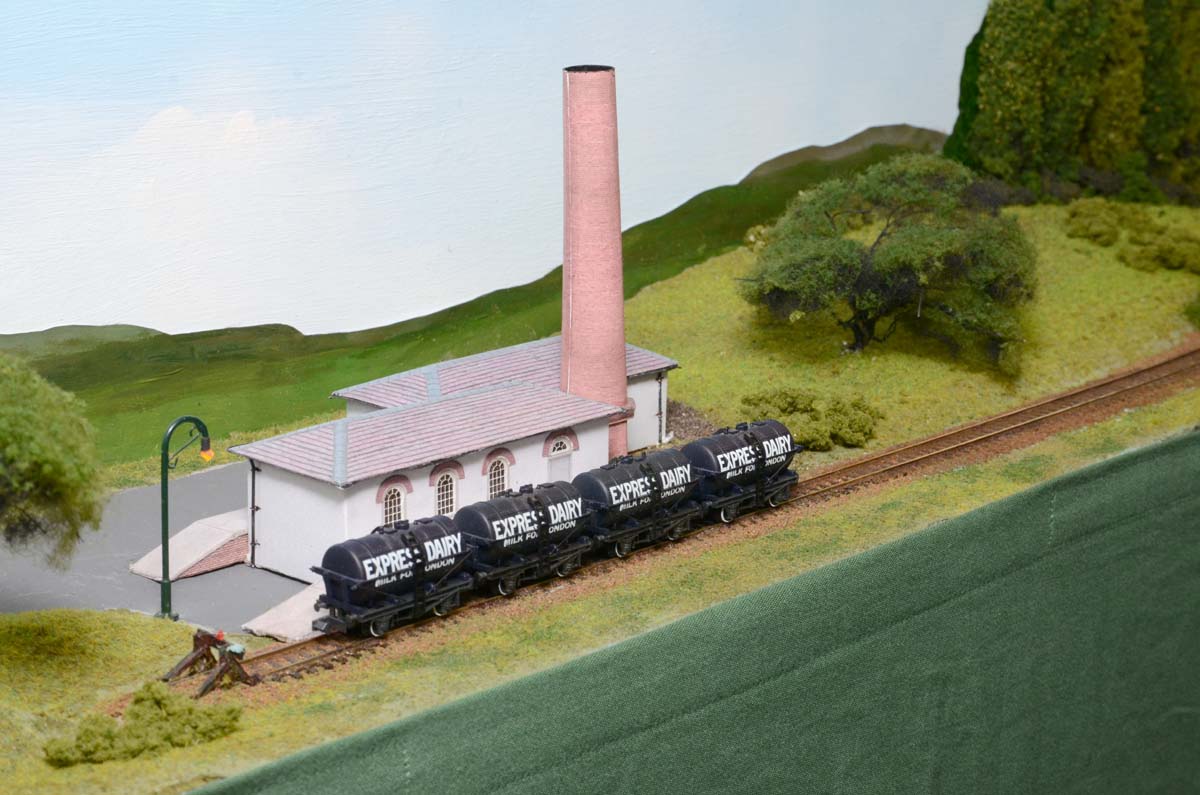 Apart from one fiddle yard the other tracks went into blank tunnels, we have added a shelf behind each with exchangeable cassettes to allow a wide variety of trains to be run and to go “off-scene”. The area that was previously a fiddle yard (left hand board) has been converted into a rail-served dairy.

The layout was not designed to be moved and suffered some damage: most of the work we have to do is repair and replacement. We have rewired it (we will be running it DCC in future), replace the damaged backscene, re-attached loose items, and refreshed damaged scenery. 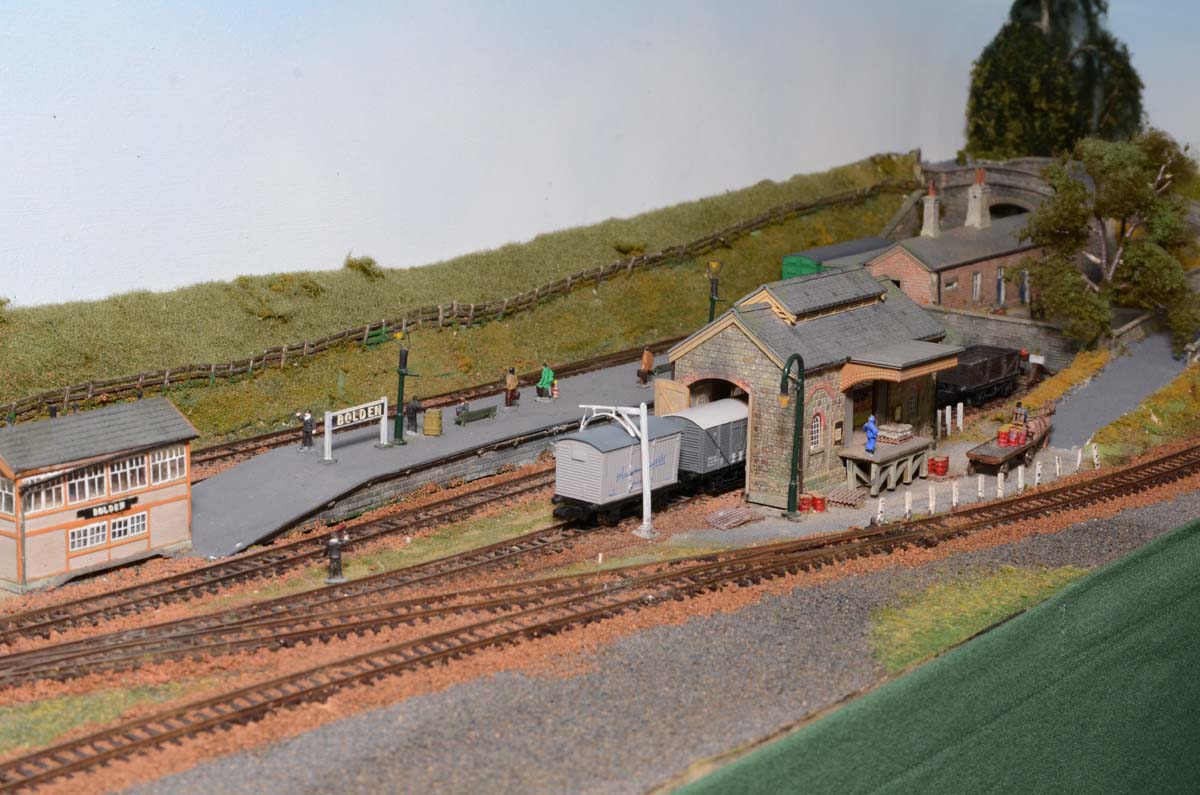 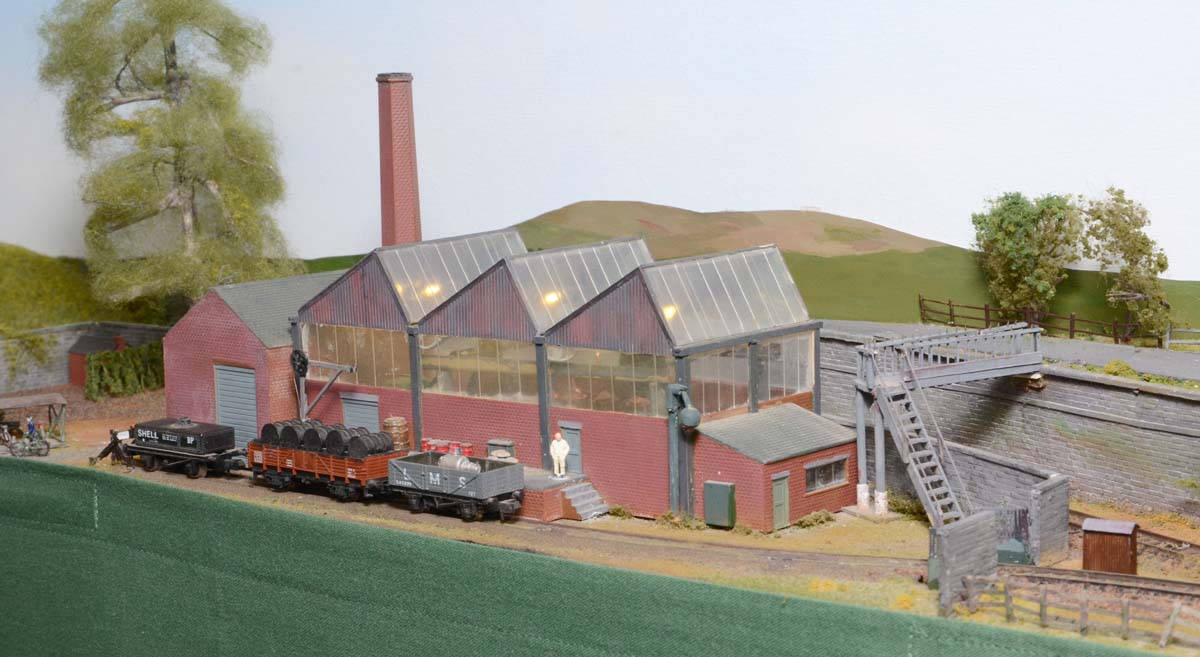 It does not have its own lighting, but as there are many working lights on the layout it looks good in low ambient lighting. 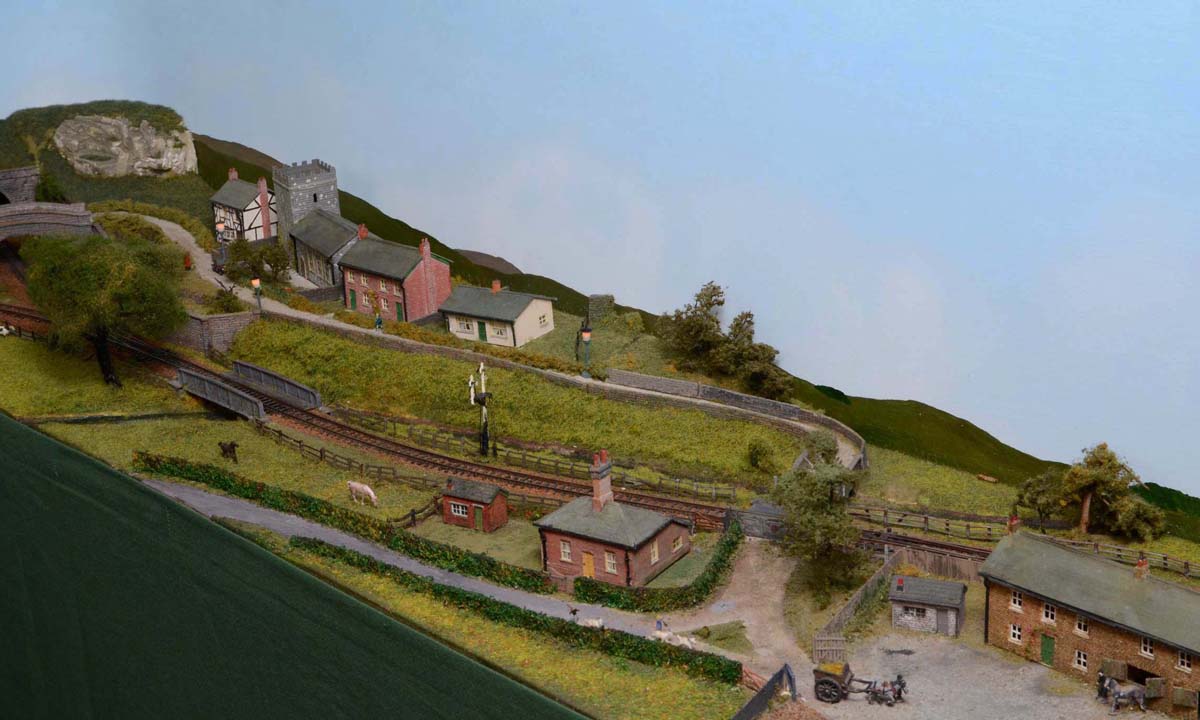 All the street lights work and many buildings are lit. 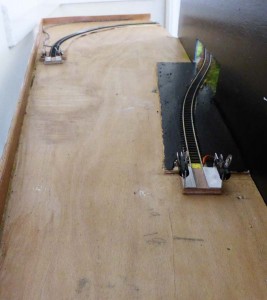 This is one of two shelves added behind the layout for cassettes to hold trains going “off-scene”. 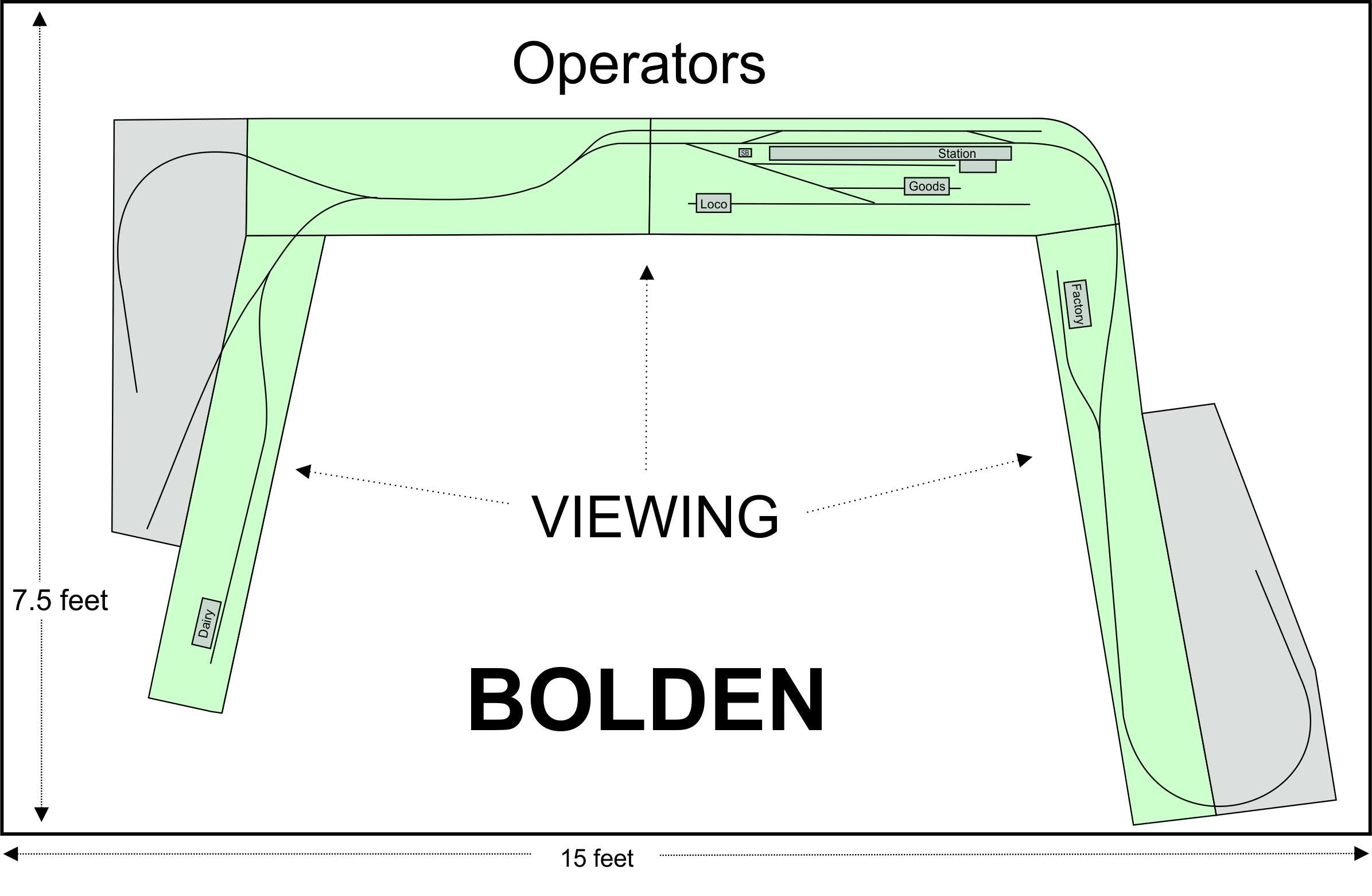