Farnham and District MRC (F&DMRC) holds lots of regular events – click for the Diary of Events over the next few months.

Groups take it in turn to have priority on use of the hall: 1st Wednesday in month N, 2nd O, 3rd P4 and OO, 4th OO, the 5th if there is one is used for demos. In practice the hall is big enough that it is rare for us not be able to put up everything each group wants, and the real importance is it determines which group is responsible for tidying up at the end of the evening! 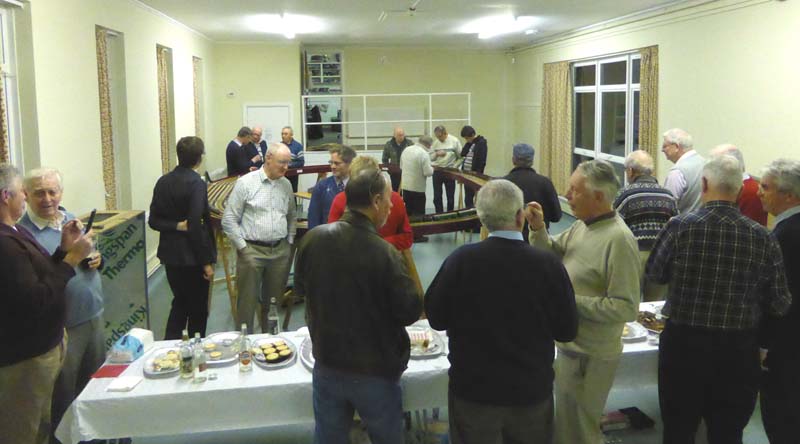 Mince pie evening in the clubrooms, 2015. Beer courtesy of Wickwar Brewery (a good reason to model a brewery on your layout!)

The most important during the year is our annual exhibition, held on the second full weekend in October each year. Most club members (and some family members) help organise, set up, and run the exhibition, as well as operating any club layouts exhibited that year (each club layout attends every 3rd year) and doing demonstrations. We also have open days in Autumn and Spring.

Our club layouts get invited to many exhibitions during the year – typically 2 to 6 a year for each layout – with members of the layout group attending and operating the layout, often with guest operators from other groups. 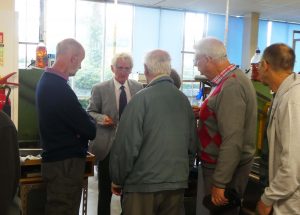 Club members being shown round the Peco factory by Michael Pritchard.

Every year we organise club outings, last year we were invited by Michael Pritchard of Peco to visit Pecorama and have a tour of their factory.

This year we had trips the Swanage and Gloucester and Warwick Railways. 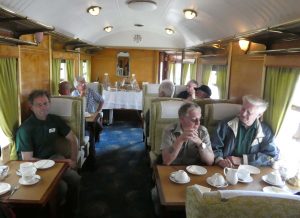 Having lunch in Peco’s Pullman car 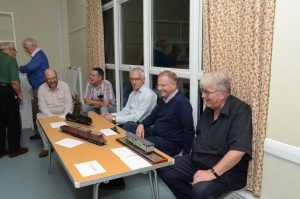 There is a club modelling competition every September. Click here to look at the entries and winners of the 2016 competition.

You can see the winners on display at our exhibition.

We organise presentations from time to time on Wednesday evenings – we will have them on the 5th Wednesday in a month whenever one occurs. Sometimes there is an external speaker such as the one we had on Tornado, more often club members giving a talk or demonstrating modelling techniques. 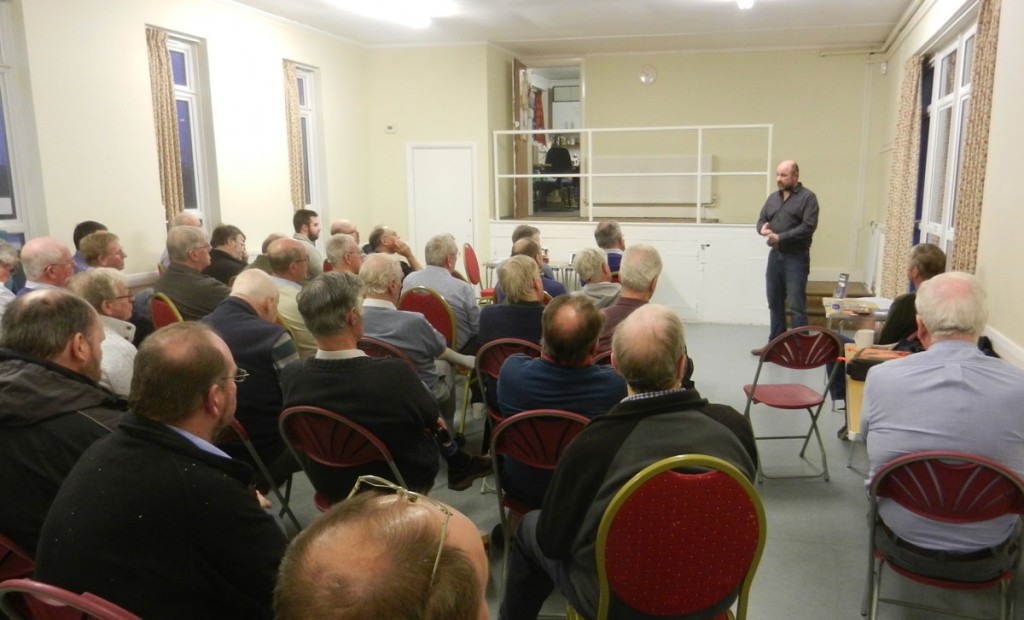 We had a presentation by Ben Ando of Revolution Trains on how they are going about about crowdfunding RTR models of prototypes that the main manufacturers do not consider viable, and he showed us early versions of the Pendelino and TEA tanker they are producing. We had over 30 attendees, and there were many questions and lots of interest.