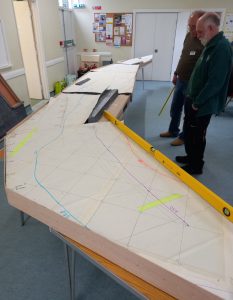 The scenic boards, with drawings of the track and contours on top.

For the last two years we have been thinking about what our N Gauge group should build next. We have finally decided on a model of Okehampton station in the early 60s. We have pored over the timetables, got as many photos as possible, and drawn out plans on rolls of wallpaper. We have the boards partly built, they are made of hard foam (RAVATHERM) with ply facing.

The station was the most important between Exeter and Plymouth on the Southern main line to Plymouth, and was the junction station for the North Cornwall line to Bude, Wadebridge, and Padstow. Almost all trains stopped at Okehampton, and many dropped of mail vans or wagons for transfer to other trains. Motive power was, apart from a few Western locos, Bulleid light pacifics on express passenger and goods services, T9s on local passenger services,  and N class locos on goods and occasional passenger services.

We intend the layout to accurately reproduce the real track plan, and to run trains according to the real timetable. This means we will have a layout about 20 feet long plus fiddle yards each end, and will need around 32 different trains. The track in the scenic area will all be British Finescale Finetrax, both for its excellent appearance and running and to allow the trackwork to match the prototype with points longer than available from Peco.

The layout will be DCC operated. The timetable will be on a computer, with a significant amount of automation to manage the fiddle yards and possibly stopping of trains at the station. 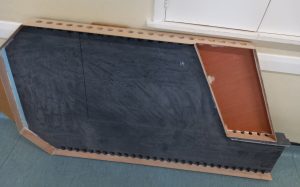 One of the fiddle yard boards

Okehampton is only part one of what is intended to be a 2-phase project. After Okehampton is more or less complete (several years!) we will retire Wickwar and build a second layout of similar size to Okehampton containing Meldon Quarry and Meldon Viaduct, which are about 3 miles down the line from Okehampton. It will be possible to link the two into a U shaped layout with a semi-circular non-scenic section so that we will be able to exhibit the layouts separately or together. 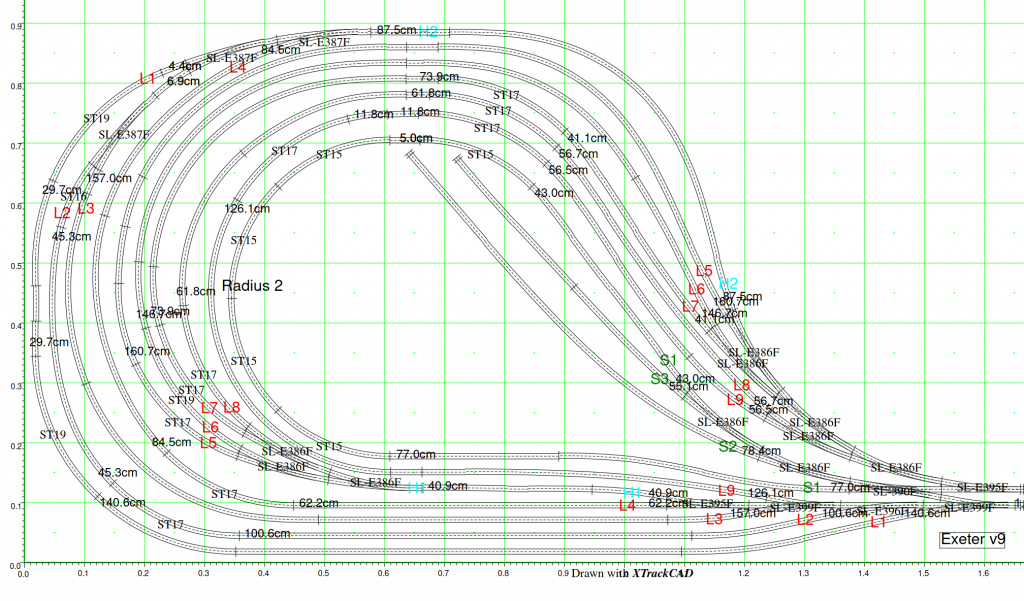 We use XTrackCAD to design the fiddle yards, this is the ninth version of the yard at the Exeter end.

Our N gauge group is currently 16 strong, and if you want to join us and help with building Okehampton now is a good time.