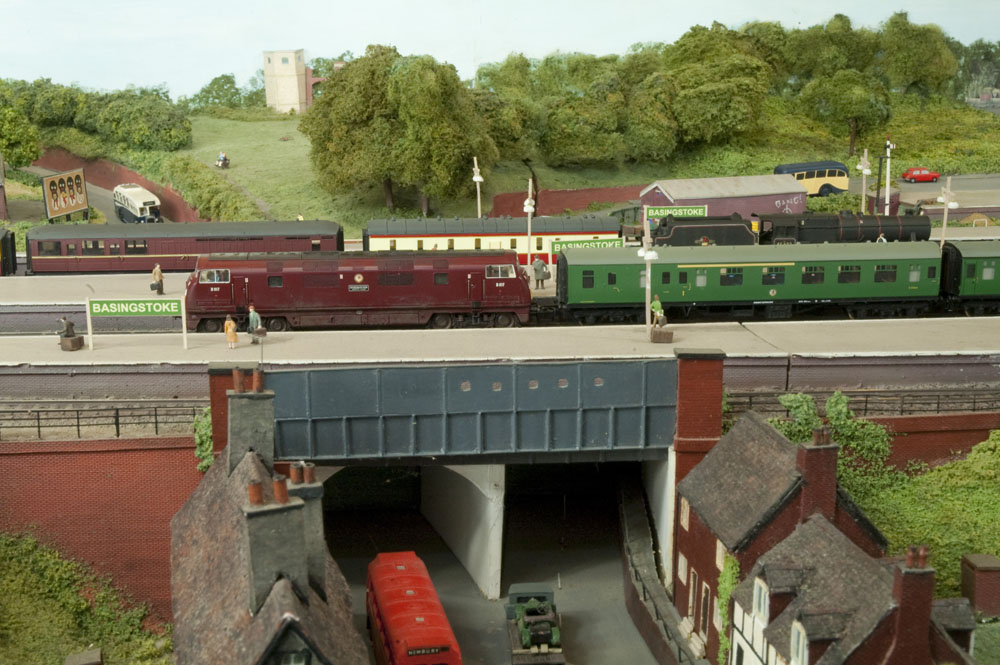 Basingstoke has been sold. It is now part of a permanent model railway exhibition in premises on West Quay, Douglas, IOM.

Basingstoke is a large N gauge layout that portrays 0.75 mile of track in reality and so shows only a small area around the station despite its apparent large size. It models the point where the four track LSWR main line from London to the south coast and the south-west meets the ex-GWR line from Reading. This gives a reason (excuse?) for running a large variety of stock as the station was visited by the Pines Express as well as the Atlantic Coast Express and many boat trains for Southampton, Poole and Weymouth. We have attempted to capture the feel of a busy summer Saturday in the mid 1960s. The main lines from London to the south-west are about to be resignalled and electrified. You can see the half-built power box while the old pneumatic signal gantries are still in evidence. Meanwhile the line from Reading is still well used but the old GWR station building is showing the result of years of neglect.

We are proud to say that visitors to the Nottingham model railway exhibition on 21st and 22nd March 2009 voted it “Most Entertaining Layout”, and we were therefore awarded the Bullwell MRS Shield. 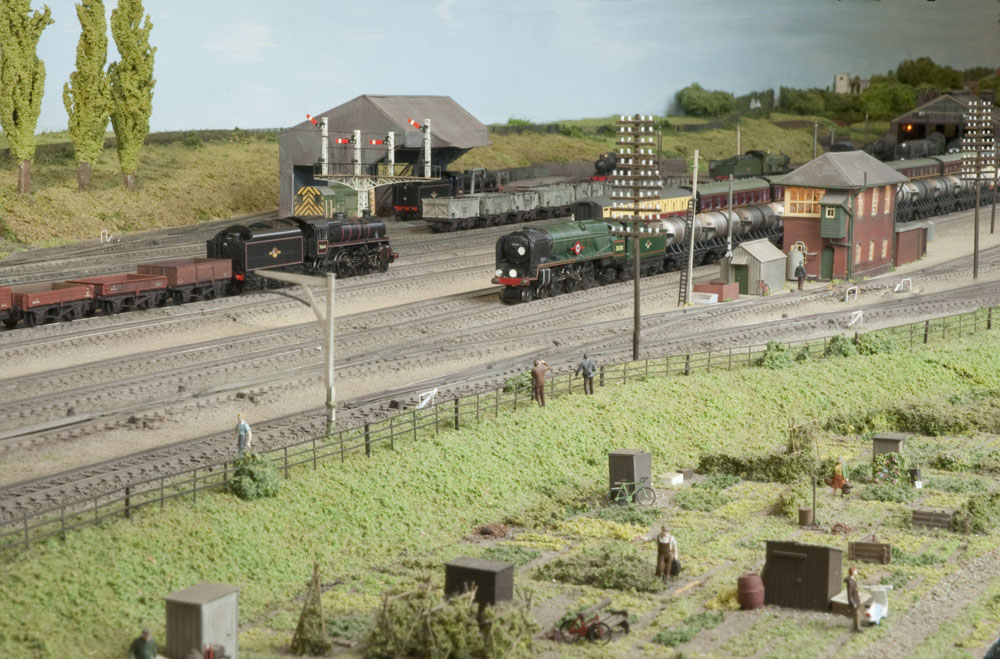 View across to coaling stage with allotments in foreground

A selection of images is attached, with grateful acknowledgement to the following magazines: