This new layout is currently under construction by the OO Group. For an explanation of how the layout has come about please see the Background section below.

Planning for the layout began at the beginning of 2015 to be followed, in the summer, by the purchase of the six new boards, which form the front and sides of the layout. 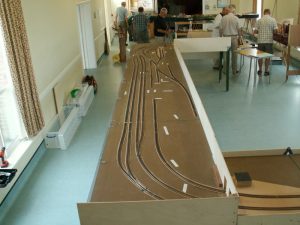 Painting and fitting the boards with legs, locating  pins and toggle clips was completed by the end of 2015 so that the boards could be connected together and also to the existing Greenfield Sidings layout fiddle yard. Track laying commenced at the beginning of 2016 along with fitting of side and end flaps to protect the scenery etc. Track laying is now complete and we are now starting to add the electrical connections to the track before track ballasting begins.

After some ten years exhibiting Greenfields, the OO Group’s current exhibition layout, the Group decided to plan for its replacement. So at the beginning of 2015 planning began.

During initial discussions it was decided that the new layout, as Greenfields, would be of the “tail chaser” type but unlike Greenfields, which was an imaginary location, the new layout would be based on a BR station. After looking at the track plans of various Stations in Southern England a plan was selected. Whilst it is intended to follow the Station’s track plan in the main it is not intended to model the Station and its surroundings absolutely accurately.

The new layout will, again as Greenfield Sidings, have a front viewable length of twenty feet. It was decided to re-use the the Greenfield fiddle yard for the new layout with new side base boards to connect the fiddle yard baseboards to the front baseboards  so the tracks of the fiddle yard can be matched to the tracks on the new front base boards. This obviously saves construction time and cost but also enables the Group to continue operating and exhibiting Greenfields while the new layout is under construction and testing. Importantly it also reduced the storage space needed in the Club house. 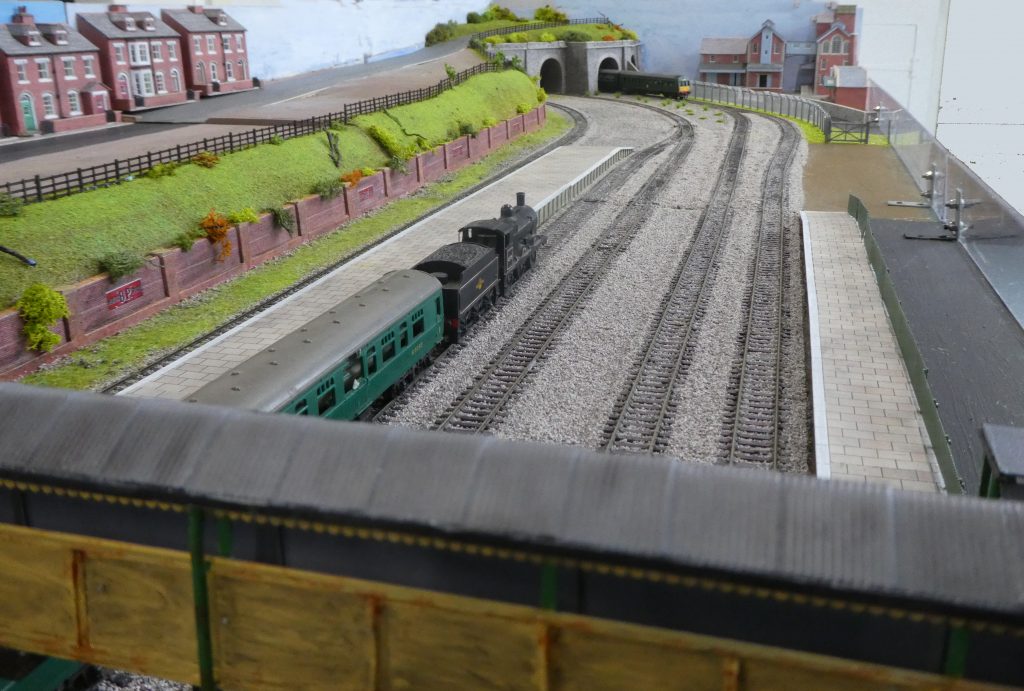